A Salute To Our Service, Fire & Police Personnel - September 2017 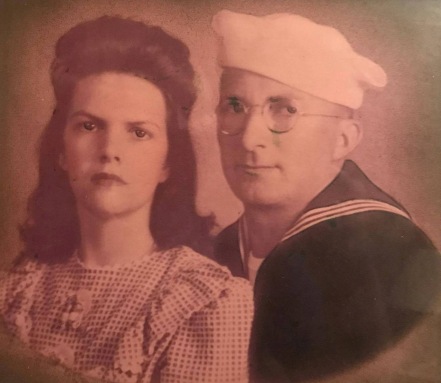 William Benjamin "Bill" Dunn was born in Charlotte County, Va. on  July 9, 1909; the first son of William Lee and Malissa Vassar Dunn. William grew up on the family farm along with his nine brothers and sisters.   He was educated in the public schools of Charlotte County and in the 1940 census he was listed as a Patrolman, State Highway. When his country entered the Second World War, he enlisted in the Navy; with the rank of SP3.  The Specialist rating was created in late 1941 to allow for new enlisted ratings that would be needed in wartime but didn't fall within the established navy structure.

After his retirement from the State Highway Department he continued to live in his native Charlotte County. William died at the VA Medical Center in Richmond on April 4, 1984 and was interred in the New Hope Church Cemetery in Randolph, Charlotte County, VA.

Thank you  for your service to your state and your country.